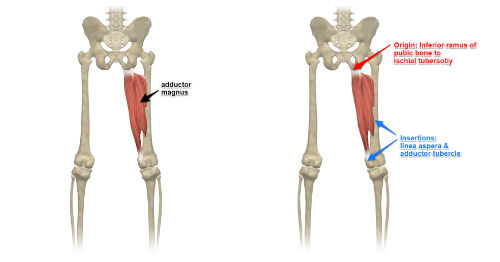 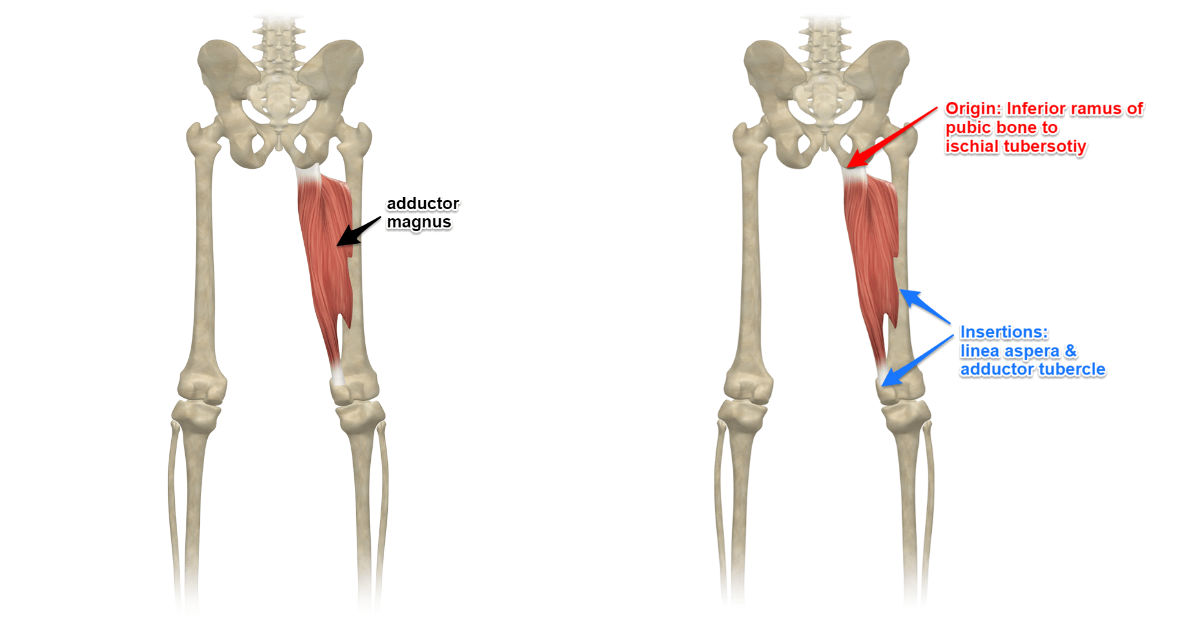 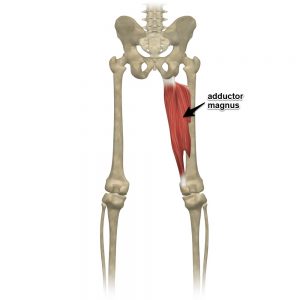 Adductor magnus is the largest and deepest of the adductor group. The adductor muscles are a group of five muscles that primarily function to adduct the femur at the hip joint. But they also generally assist with flexion of the hip joint. However, as you’ll see below, this muscle also assists in hip extension. Yes, you read that correctly. In addition, the adductors also assist in medial rotation. To be fair, there is some debate about whether this is true. Personally, I believe that the position that the leg starts from matters. However, the argument is made based on our good old friend, anatomical position. Because this muscle attaches to the sit bone, it can sometimes be the reason for that darn sit bone pain.

What does adductor magnus mean?

The word adductor comes from the Latin words “ad” which means toward and “ducere” which means to lead. The word magnus is a Latin word meaning large. Adductor magnus then, is a large muscle that leads something toward the body.

Where does this muscle attach?

Adductor magnus uses a long bony ridge on the back of the femur known as the linea aspera, which basically means rough line. It’s often surprising to students that the muscle has such a thin and long area of attachment. 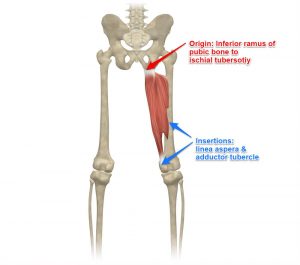 It originates from the inferior ramus of the pubis to the ischial tuberosity (sit bone).

It inserts along the linea aspera ending at the adductor tubercle.

What actions does this muscle do? 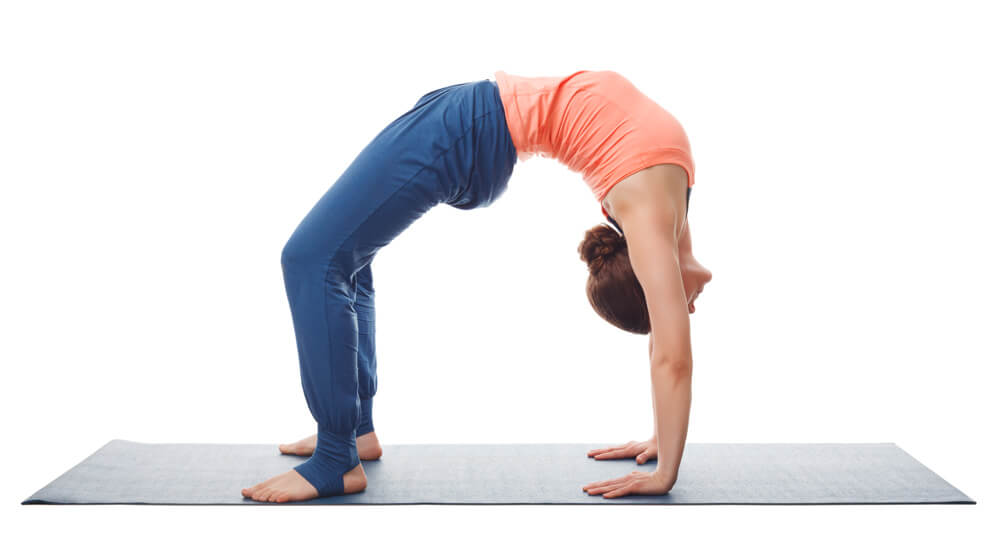 We contract adductor magnus (along with the other four adductor muscles) in urdhva dhanurasana to balance out the contraction of the gluteals (which are external rotators). The action of adducting the thighs will reduce the external rotation and help keep our knees from splaying out in this pose.

Postures where the adductor magnus is lengthened: 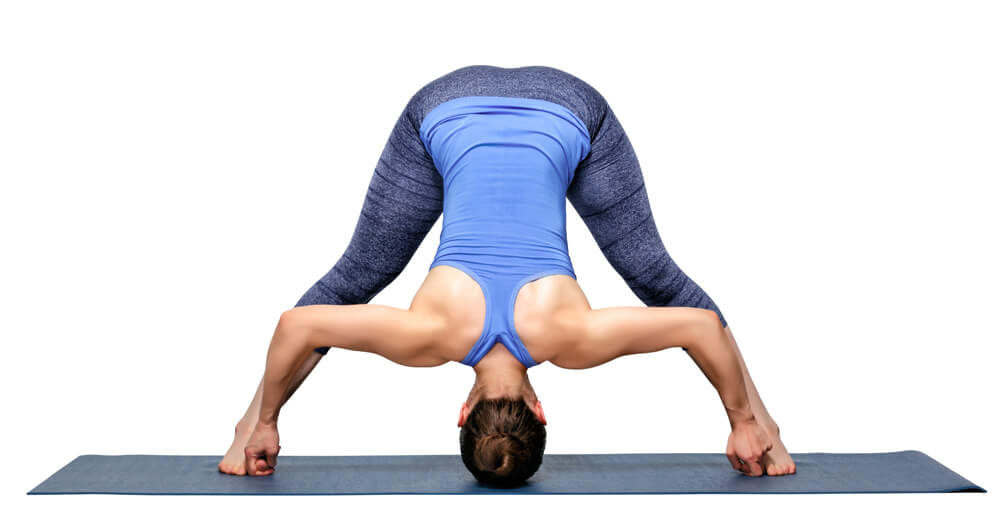 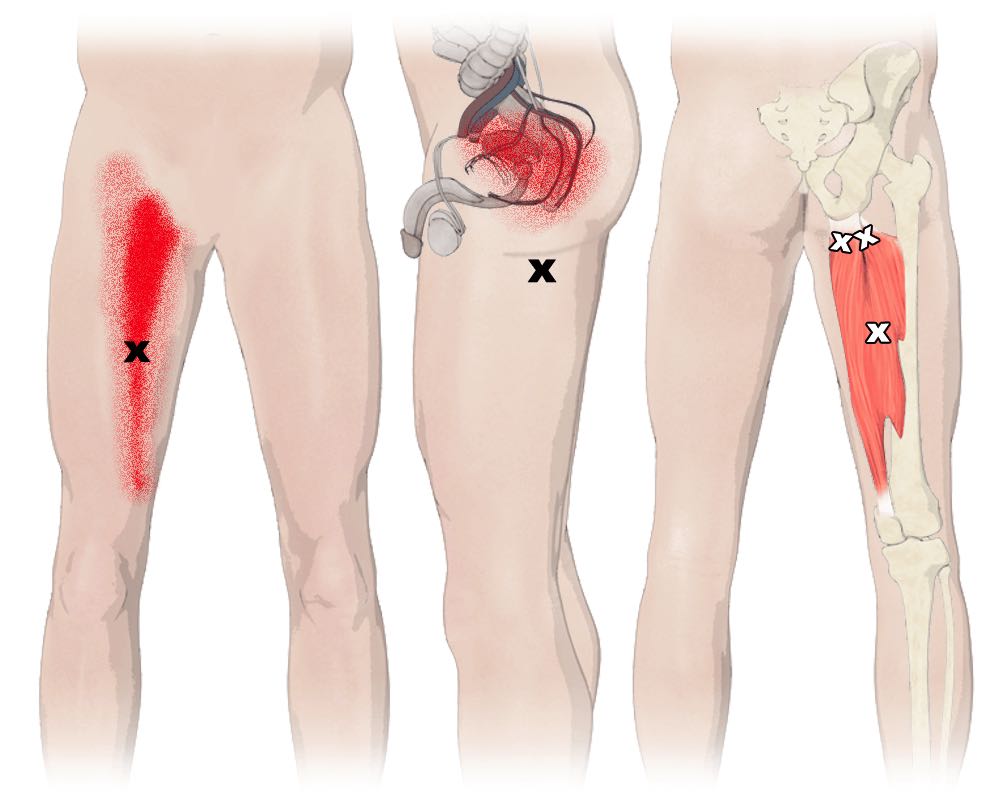