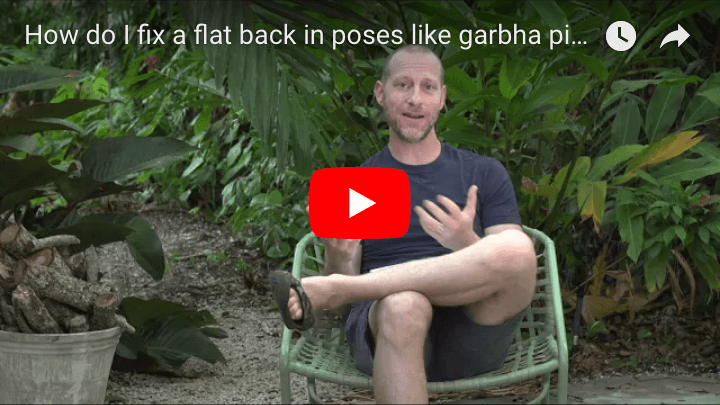 Transcript Below Of: How Do I Fix A Flat Back In Poses Like Garbha Pindasana?

Hey everybody! Welcome to this month’s question of the month. And, of course, you can always submit your own question. Go to yoganatomy.com/myquestion. So, this question is from Gregory Steward, whose question is about garbha pindasana.

He says,
“My question is this: What can be done about a ‘flat back’? By ‘flat back’ I mean a lumbar spine that resists rounding. I teach Mysore classes and it’s a problem that I see to varying degrees in the rolling in garbha pindasana or the rolling up in ubhaya padangusthasana and urdhva mukha paschimottanasana. When students with flat backs attempt to roll, it’s like they go from pelvis to upper back (or vice versa) and totally miss the lower back. In second series the problem shows up when students try to jump into bakasana B. Being unable to round the lower back, they’re often unable to nail the landing of the jump. Students with this issue, however, seem to enjoy a very stable navasana.

Any insight you have on this would be greatly appreciated. I don’t even know the name for this problem. [David: We don’t need to name it.] I’ve given cursory looks online for information, but haven’t found much that is useful.”

It’s a really good question and I know exactly what you’re talking about because I also teach Mysore classes and have seen this with garbha pindasana a number of times before.

My first suggestion is confirm that it’s actually anatomical. In other words, like, if the person does a forward bend, does their lower back round at all? Or, if you put them into halasana, is their lower back part of that rounding? If it [the lower back] doesn’t round in those scenarios that you try to set up that way, then it is anatomical.

How do you overcome it? You know it’s possible, when we say anatomical it doesn’t mean it’s 100% skeletal, which, you know, would be harder to change, let’s say. But, if there’s a muscular component to it, maybe they have tight back muscles from other activities that they used to do, swimming, and that kind of stuff, so anatomical could mean that muscular stuff has to change over a period of time.

The other thing to remember is that, you know, technique could be part of it as well if they’re not in touch with that part and they don’t have, you know, the connection to being able to round in that way. I see this a lot in garbha pindasana because students have this tendency to open up this way and then close down this way, and if the timing is off, both in garbha pindasana actually and urdhva mukha paschimottanasana and ubhaya padangusthasana, all three of those, if you undo the rounding too soon, then you end up switching from pelvis to upper back, which is what you’re seeing. So just look at all of those things and confirm where the problem is. Try to identify it.

And a very astute observation, especially for those people who are anatomical in nature, again, it could be muscular or skeletal, is that, in something like navasana, because their pelvis is naturally that way and the spine is straight, it’s much easier to hold a posture like that.

So, great question. That wraps that one up. Anybody else, if you have a question, once again, yoganatomy.com/myquestion and I’ll try to get to it on video. 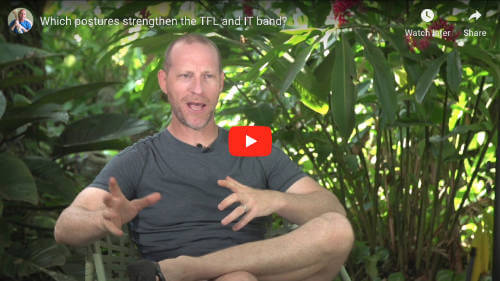 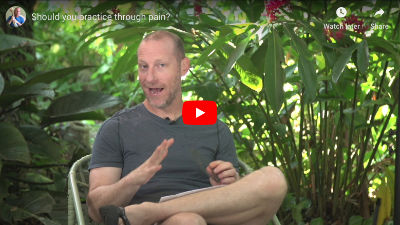