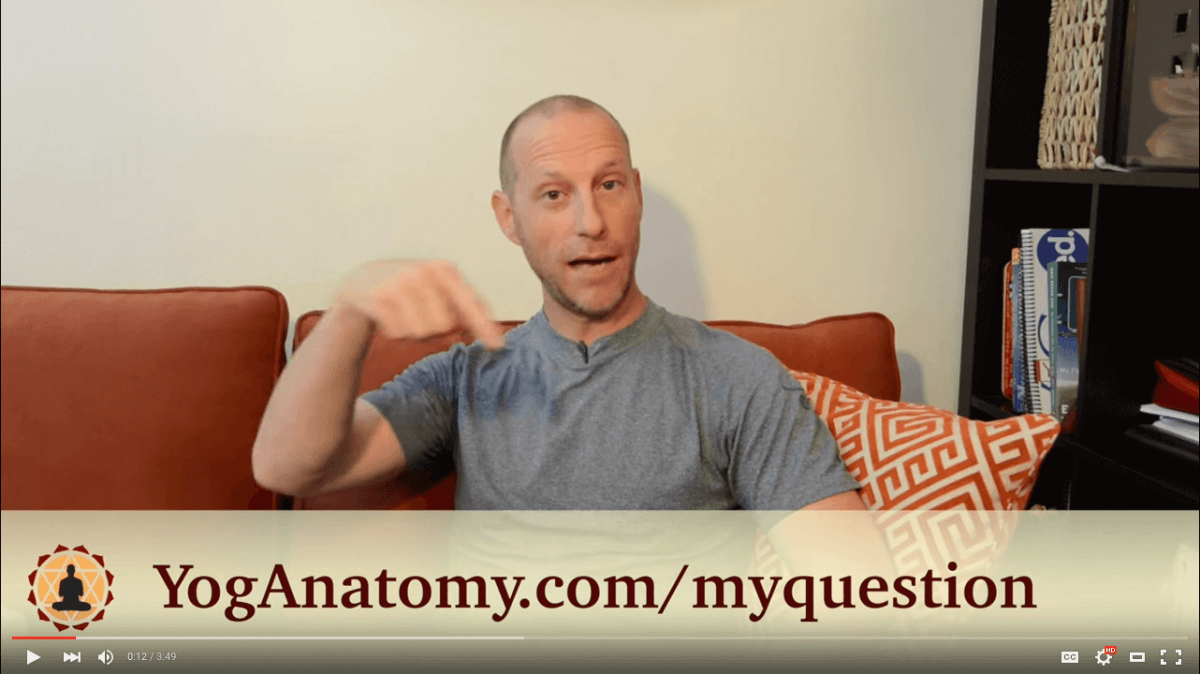 Transcript below of: What's the difference between fuzz and scar tissue?

Hey everybody! Welcome to this month’s question of the month. If you’d like to submit your own question, of course, go to yoganatomy.com/myquestion and go ahead, throw one at me.

I’ve got a bit of a backlog at the moment, but I’ll get to it eventually. This month’s question comes from Carmel, “Could you please define the difference between the fuzz, as described by Gill Hedley in his Fascia video, and scar tissue and how this may affect one’s yoga practice?”

For those of you who don’t know who Gill Hedley is, she’s referring to “The Fuzz Speech”. If you go to YouTube and you type in “The Fuzz Speech”, you’ll get Gill Hedley’s video that she’s referring to, which is a great video, highly recommended. Check it out.
What Gill’s talking about in his video is the long, slow growth of fascia between layers of fascia or layers of connective tissue. It’s more generalized. It’s more, in a sense, systemic.

Contrary or different from that is scar tissue. Scar tissue is much more specific. It’s not really a long, slow process. It’s more like an injury happens, maybe. Let’s call it a “cut” for a second just to keep it simple or a tearing of tissue. The scar tissues comes in and it binds that area together in, we’ll say, a relatively short amount of time. Of course, it could be ongoing if you don’t do anything to put pressure through that scar tissue as it’s healing or shortly after it has completed its process. You’re going to have more restriction in that area from a palpation point of view. You can feel it as a more dense area locally, specifically in that area, and it doesn’t give in the same way.

Interestingly on this subject, I was at the Fascia Research Congress this past year. Dr.  Guimberteau from France, who did another video which you can look up on YouTube called “Strolling Under The Skin” some years ago, has a whole series of new videos, one of which is specifically about scar tissue.

Now in terms of impact on your practice, the generalized long slow fuzz stuff generally reduces range of motion, systemically. Whereas, the very specific scar tissue is going to be dependent on the size of the scar, the depth of that scar, what else it’s associated with – depending on the nature of the trauma or the injury that causes scar tissue to happen, etc.

There’s no specific answer other than to say that the restriction that you would probably find from scar tissue is going to be much more localized compared to the fuzz which is going to be more generalized.

I hope that helped a little bit. I do talk about connective tissue, of course, in Functional Anatomy of Yoga and scar tissue, specifically. Get a copy if you don’t have one. Otherwise, I’ll see you next time. 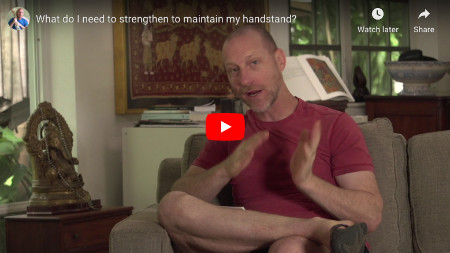