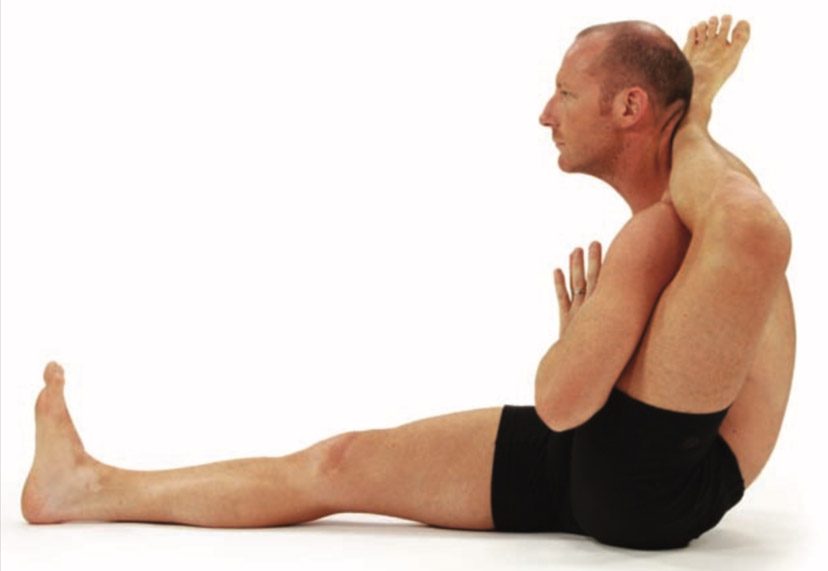 Why would we want to put our leg behind our head? 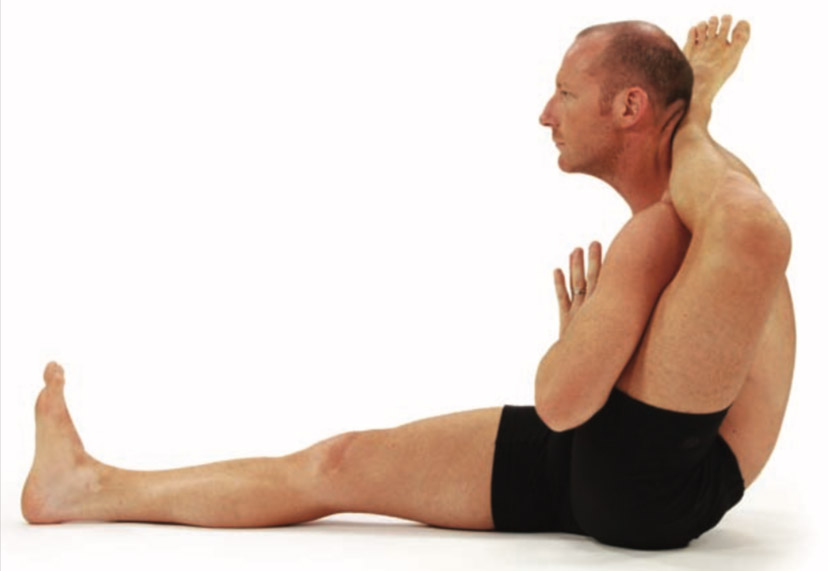 Like lotus pose and handstand, leg behind head is one of those stereotypical poses that yogis often aspire to. It’s a challenging pose for just about everyone. Because it’s challenging, it provides a laboratory for exploring our ideas about our own limits and for stretching our ideas about what’s possible. But, leg behind head does have us working very near our end of range of motion, so it isn’t going to be appropriate for everyone at every stage of practice.

Leg behind head within systems of yoga

Leg behind head is not only found within the Ashtanga practice, however. B.K.S. Iyengar describes a whole series of postures which incorporate the leg behind head action in his book, Light on Yoga. Likewise, Krishnamacharya certainly included the action of leg behind head as an option in his vinyasa krama sequences.

Anatomically, what is leg behind head?

The movement of leg behind head is composed of several fundamental actions that you’re probably familiar with. The first is flexion of the hip, just as we do in a forward bend. But, when we’re talking about taking our leg behind our head, we’re not folding to our legs, we’re lifting the leg and taking the torso forward and in front of the leg(s). The second action that is necessary is external hip rotation. Finally, there is also a bit of abduction at the hip joint which is needed to create the maximum space to fit the leg around the torso and some extension of the spine which is necessary to maintain the integrity of the shape.

Any pose that incorporates the leg behind head action is an interplay between hip flexion and hip external rotation. Because this requires a fairly extreme range of motion, any muscles that restrict either flexion or external rotation of the hip could impact our access to putting our leg behind our head. Restrictors can include the hamstrings, gluteus minimus, gluteus medius, and all of the deep six lateral rotators. There is also the possibility that restriction comes from the shape of the hip joint itself — in other words, skeletal shape.

But, the hip joint doesn’t live in a vacuum. Leg behind head is also a reflection of the relationship between the hips, sacroiliac joint (SI joint), and the spine, particularly the lumbar spine. Any tightness or imbalance up or down the chain of joints from the hips can show up in difficulty accessing leg behind head. For this reason, restrictors could also include gluteus maximus, the spinal extensors, the psoas, as well as the quadratus lumborum.

Having said that, because in this case we are working with the hip joint, the most typical issue with this interrelationship is when the hip joint itself is too tight. When it is tighter than the ideal, the lack of movement there generates force. That force is then sent up the chain through the SI joint and the lumbar spine. I have seen this many times and if you’re having issues as a result of leg behind head, you should definitely read my article the gluteal psoas relationship, which discusses the lumbar and paraspinal muscles.

It’s fairly easy to wrap our heads around moving our femur in the hip joint as we bring the leg in towards the torso to put it behind our head. But, one of the aspects that makes leg behind head a level up from many postures that also require external hip rotation is that we also need to move our pelvis around the head of the femur. That action deepens both the flexion and external rotation needed for leg behind head. This is true both when we sit up tall through the spine, to help keep the leg behind the head, and also if we do a version of eka pada sirsasana where we fold forward.

Stages of leg behind head

Rarely does anyone go straight to working on leg behind head. Instead, it’s important to establish a consistent base of practice and to work specifically to access the range of motion that’s necessary.

This is a posture to work slowly, patiently, and gently. Pushing too hard into something that isn’t yet available in your body can lead to injury. Take your time in each stage of the process. And by “time”, I mean that it might be months or years in each stage. Know that each day will be different. Just because you did it the day before doesn’t mean it’s going to be there the next day. Develop a good felt sense for your body’s range of motion and be honest with yourself about how much openness is really there when you begin to approach taking your leg behind your head.
Share on facebook
Share on twitter
Share on linkedin
Share on pinterest
Share on email
Share on print 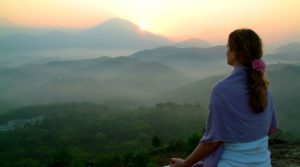 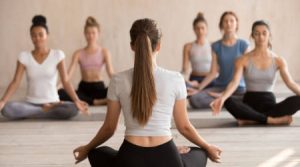 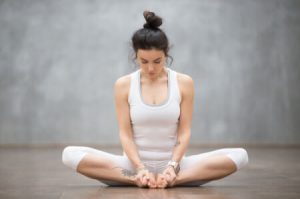