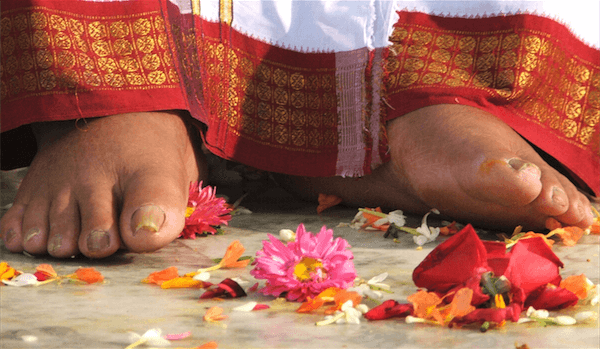 Although somewhere in my mind a voice is telling me I should have had this prepared before this day, I realize that not everything can be planned. A good thing in many ways because the feeling of the day would not have fully been a part of the writing if I didn’t wait until the day had actually arrived.

This morning started with a counted primary series by Guruji. It’s a recording I made of him teaching in London 2002. I practice to it occasionally. Mostly to hear Guruji’s voice but also to remind myself to stay disciplined and focused and in some ways, to not take it so seriously. The occasional “bad man” or in this recording a “bad, bad lady!” (she let her leg go of her toe too soon in supta padanghustasana).

This recording takes me back to the space and the feeling of being in Guruji’s presence. This recording makes the feeling quite strong. Strong because I was returning from my first trip to Mysore. It was the last year of the old shala and it was the first year Sharath taught his own classes apart from Guruji.

The shala was winding down. No one was coming because the family was heading out on the next world tour. First stop, London. That’s where I made the recording and not on the first day. The first day I showed up to the second group as planned. Guruji stopped the group at Janu Sirsasana C. Yes, we went to back bends after Janu C. Sharath informed me afterwards that I was to come to the first class the following morning.

All of these memories are triggered when I hear this recording and the crackling of people moving stuff around on the stage where I had perched my microphone and minidisk player. I can see and feel the hall. Guruji belts out the opening mantra and I am transported and at the same time mesmerized by my late great guru. His power to hold my attention through a recording is remarkable.

That’s how I remembered Guruji today.

I am ever so grateful for the times I was in his presence and surrendered to whatever was going to happen.

I humbly bow to the lotus feet of Sri K. Pattabhi Jois 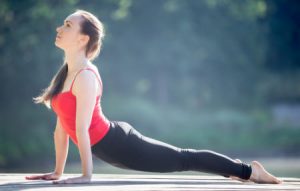 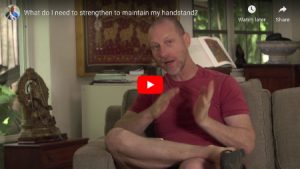 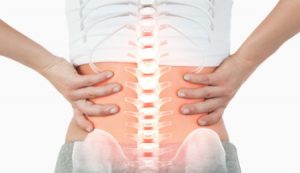