What are sciatica and piriformis syndrome? 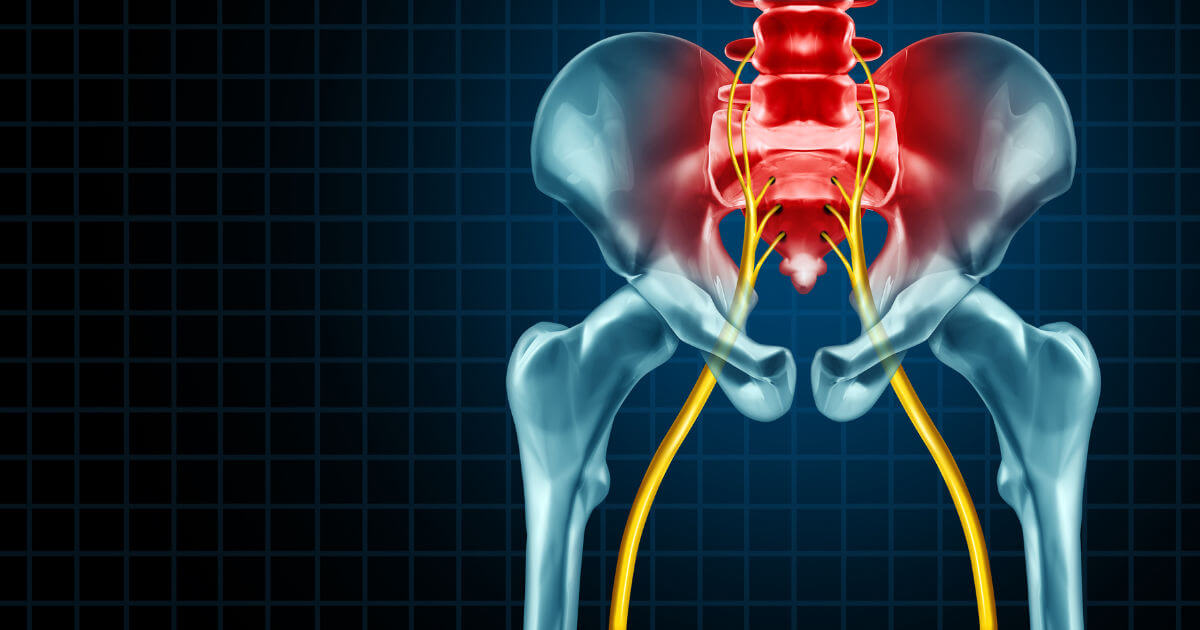 Sciatica is a word that gets thrown around a lot. It comes up in yoga often when someone has pain in their low back or down the back of their leg. They make a jump to saying, oh that pain must be sciatica. In this article I’d like to take that apart a little bit. I’ll discuss the various reasons someone might feel pain and the differences between sciatica, piriformis syndrome, and other potential sources of pain.

First of all, since we’re talking about pain, it feels important to say that yoga should never involve excruciating sharp pain. So, if you are feeling intense, sharp, nervy types of pain in the buttocks, down the back of your leg, and/or in the low back during practice, which is making you think you might have sciatica, stop and change your practice. Back out of the asana where you’re experiencing the pain or substitute a different asana with the same intention that doesn’t cause pain.

Pain in the low back is a minefield. It can come from many sources, including sources that are outside of the low back itself. I won’t try to cover all of those kinds of back pain here. That’s for a different post. The kind of back pain that I’ll include in this post is a nervy kind of pain, felt in the low back, buttocks, and often in conjunction with a nervy pain that shoots down one or both legs. This kind of pain can be associated with the condition sciatica, but it can also result from other conditions. So, what’s the difference and how can we tell them apart?

The sciatic nerve runs out of the sides of the vertebrae in the low back, underneath the piriformis muscle (although there is some variability in this among people and some people have a sciatic nerve that runs through the piriformis muscle), and then ultimately down the back of the leg. It innervates the three hamstring muscles and a portion of adductor magnus. Its branches below the knee (the tibial nerve and the peroneal nerve) innervate the lower leg and some muscles in the foot.

Piriformis syndrome on the other hand, as the name suggests, involves the compression of the sciatic nerve by the piriformis muscle. This can happen for more than one reason. A common one is simply overuse or shortness of the piriformis muscle (and likely the other deep six lateral rotators too). Overuse, or simply a tight muscle, could happen from athletic activities or from repeated activities during the work day depending on what work tasks someone does.

Other sources of sciatica-like pain

One of the main differences that can help distinguish between trigger points and something actually pressing on the sciatic nerve, is the pain pattern. When something is pressing on the sciatic nerve, whether it’s bony or muscular, the pain often continues nearly all the way down the leg. The pain pattern from trigger points tends to be more localized, with the pain going maybe just down the thigh, or only part-way down the thigh. The pain pattern from trigger points in gluteus minimus specifically tends to go more down the side of the leg, rather than the back of the leg, so that can help you distinguish between the possible sources of the pain.

How to manage yoga and sciatica-type pain

First of all, as I said earlier in the article, if you are experiencing sharp pain for any reason during yoga practice, stop what you’re doing. Can you modify the posture in a way that doesn’t cause any pain? If so, do the modification. If that isn’t an option, can you choose a different posture with a similar intention that doesn’t cause pain? If so, do the other posture. Opening the deep six lateral rotators, especially piriformis, can help alleviate intermittent pain from a short, tight muscle pressing on the sciatic nerve. If yoga or any other stretching is not making things feel better, or if the sciatica-type pain symptoms are showing up outside of yoga during the day, then it’s probably time to see a medical professional and get a thorough assessment of your situation.

Sciatica-type pain symptoms can come from different sources, some bony, some muscular. It’s important to try to distinguish between the sources of the pain you’re feeling so that you choose management techniques that help rather than make things worse. While yoga can help lengthen short, tight muscles, and in that way relieve some types of sciatica-type pain, if the source is bony, like a herniated disc, then you’ll need to consult a medical professional for the best way to address your situation.