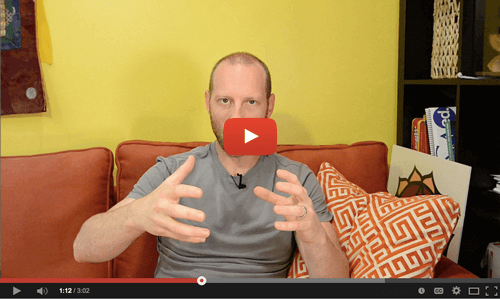 Transcript of: How are the SI joint and hamstring connected?

Hey there, welcome back to the monthly question getting answered here at yoganatomy.com. If you haven’t submitted your own question, feel free yoganatomy.com/myquestion. A lot of questions might be answered if you had your own copy of this book, Functional Anatomy of Yoga, which I put out late last year. If you’re having trouble with your SI joint, you should read: A Reality Check On The SI Joint in Yoga

Alright, this month’s question comes from Amy Martin. “I’d like to know more about the sacral SI all the way down to the hamstring connection. I’ve been struggling with something for months and months. First, left side for months then it resolved. Now, right side for months.”

[DK: Not so uncommon, just so you know Amy.] “When it starts, it starts high over the SI and sacrum I think and works its way down to my hamstrings and feels like attachments are involved until everything is tight and I lose flexibility on one side. It’s worse some days, better others. When I’m able to practice with an instructor that understands anatomy and can give me good forward folded adjustments, it can go away for the entire practice, just magically apparently.”

“Also, working pressure points to release something right at the hip crease in the front on whatever side is acting up at the time seems to help the ice pick sensation when it gets to that point. This seems to be a later manifestation of whatever the root issue is.”

[DK: My article on the sensation was helpful for this. I wrote an article on hip pinching in a twist. If you go to yoganatomy.com, just drop hip pinching into the search area there and it will pop up for you. I’ll say something more about it though.]

“It’s some kind of cascade reaction and it’s driving me batty. And I’d like to understand things better so that I can perhaps help myself keep it at bay or keep it from starting.”

Alright, wow, that’s a big question. I really appreciate that you gave me so much information to go on. In general, it definitely sounds like it’s an SI joint issue.

When I wrote the article on hip pinching in a twist, it’s often related to SI stuff because the iliacus and the psoas major work to maintain balance around the SI joint. They’re sort of opposite counterpart is usually the piriformis muscle. Sometimes those muscles get out of balance.

As a result of that, the SI gets out of balance. It can happen in the opposite way as well. The SI joint could get out of place and then the muscles themselves are out of balance in a response or reaction to the SI sort of being out of place.

How does the SI joint get out of place? (Because I’m going to guess that’s probably what’s going on for you.) There’s no way for me to know whether it’s the SI first or the tissues getting out of balance first. You need to really see a professional and figure that part out.

Oftentimes, when the SI is out or SI stuff starts acting up, whether in back bending or forward bending, (you mentioned forward bending here, but it can happen any direction) there’s usually an underlying pelvic imbalance going on. In other words, one side of your pelvis is probably tilted or rotated more forward than the other side. That’s relative to each other.

Soon, as it happens, it starts to put pressure on the sacrum. The sacrum maybe tilts off to the side. The way that’s happening is through the two SI joints. It’s probably something to do with that.

I’m going to add on your hamstring part to it because once one side of your pelvis is tilted more forward or back, relatively speaking, it’s possible that in the side that’s gone forward more, that hamstring is kind of, sometimes we call that, locked long. In other words, it’s in a lengthened position and it’s holding on. It’s got extra tension in it from being long for a really long time.

The other possibility is that if it’s the other side that you feel it in the hamstring, if that hamstring got tight, maybe a reaction to a problem, I don’t know, but if it got tight, it could be part of what pulled that side of your pelvis down and back.

I can’t solve your puzzle specifically. All I can do is give you those pieces of information and then you need to explore that.

Find a good therapist, somebody to look at these points. They probably would on their own anyway. See if you can get that pelvis back into place, assuming my assumption is correct about that being the issue. See what happens from there.

Alright, I hope that helped. Alright everybody, if you want to submit your own question, yoganatomy.com/myquestion. Bye.