The authors searched published research from 1970-2017 in the PubMed, Web of Science, and PsycINFO databases for studies conducted in a clinical setting, and which examined the effects of yoga on immune system function. They then reviewed the relevant research studies as a group for commonalities between the results of the individual studies.

This review study suggests that yoga contributes to down-regulating several pro-inflammatory markers. This means that yoga treatment reduced certain compounds in the body. Those compounds are produced when the immune system is triggered by a stressor of some kind.

Yoga seems to improve some aspects of immune system function. However it may take several years of yoga practice to see these effects consistently. 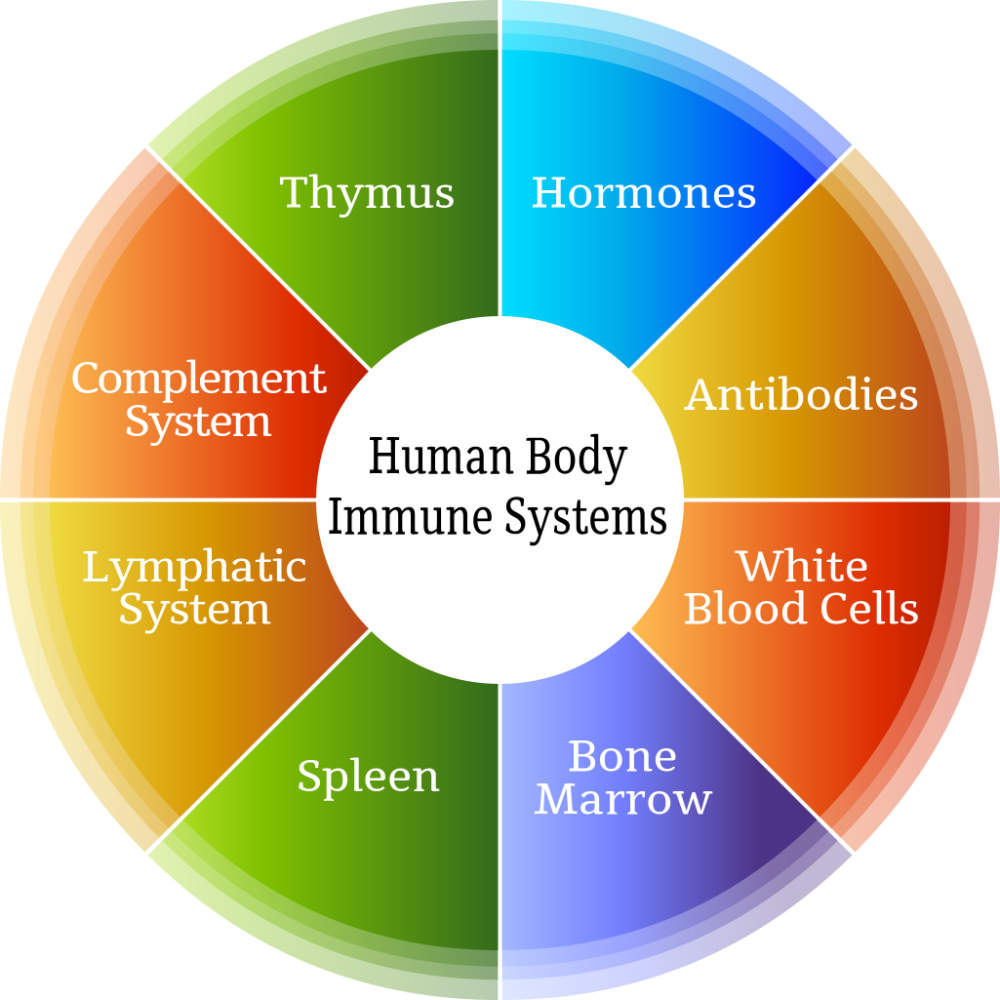 Both acute and low-intensity chronic stressors can trigger a response from our immune system. And, that can include inflammatory responses in the body. Markers of our immune system responding to a stressor can include the presence of certain chemicals called cytokines. They are part of our body’s inflammatory response, as are endothelial microparticles. When we experience an immune system response to a stressor, it can also change our immune cell counts, antibody responses, and our gene expression in immune cells.

Multiple clinical trials have evaluated the effects of yoga on one or more specific measures of immune system function. The research study that we summarize in this article conducted a review of all of those previously published studies to see if there were commonalities among them. This kind of study, a systematic review of many smaller published studies, can help highlight important findings that might not show up in the same way if we only look at the results of one study at a time.

The research team searched science databases, PubMed, Web of Science, and PsycINFO, for relevant randomized control trial type studies that examined the effects of yoga on the immune system. They found 15 studies that fit their criteria for inclusion in their review. The research team reviewed each of these individual studies for yoga treatment used and specific effects on immune system function.

Each of the individual studies that they reviewed for their larger study varied considerably in the yoga treatment that was used. Yoga practice time in each of the individual studies varied from 30 to 90 minutes. Practice frequency varied from once per week to daily. The duration of each study varied from one to six months. Style of yoga also varied between studies. Immune system response markers that were measured included: the presence of particular cytokines, CRP, and endothelial microparticles. (Cytokines, CRP, and endothelial microparticles are all pro-inflammatory markers; they’re compounds in the body that are present when the immune system is triggered by a stressor of some kind.) Some studies also measured immune cell counts, antibody responses, and gene expression markers in immune cells.

The most current research suggests that yoga may provide a number of health benefits beyond just increased strength and flexibility. What is often unclear, due to the nature of doing clinical-type research, is what yoga treatment specifically is necessary to experience these benefits. Review papers such as this one are helpful. They can bring our attention to the commonalities between individual studies. The combined review can then inform us of which aspects of a yoga treatment seem necessary to experience a particular benefit. In this case, it doesn’t appear that the length of an individual practice session or style of yoga, for example, impacted whether or not yoga positively affected the immune system.

The authors of this review point out in their discussion, however, that the duration of all studies included in their review was fairly short, six months at the longest. They note that two studies of a different type, which could not be included in their review, found that yoga practitioners who had practiced for at least two or at least five years had lower levels of some pro-inflammatory markers than yoga practitioners who were new to yoga at the time of those studies. This suggests that yoga may indeed improve immune system function. But, it may also take some time, potentially years, to experience that benefit.

It’s also important to note that there were no negative effects of the yoga treatment. So, yoga practice may take some time to measurably improve immune system function. But, it does not appear to have any negative side effects with respect to the immune system.

As yoga practitioners we’re already aware that we feel good practicing yoga. If we didn’t, we probably wouldn’t be so enthusiastic about our practice. It’s exciting that modern science is starting to fill in some information about why we might feel better when we’re maintaining a yoga practice. This review study summarizes 15 smaller clinical studies. And, it suggests that one of yoga’s benefits is improved immune system function. Further research is still needed however, to determine how many months or years of yoga practice are necessary to experience this benefit.